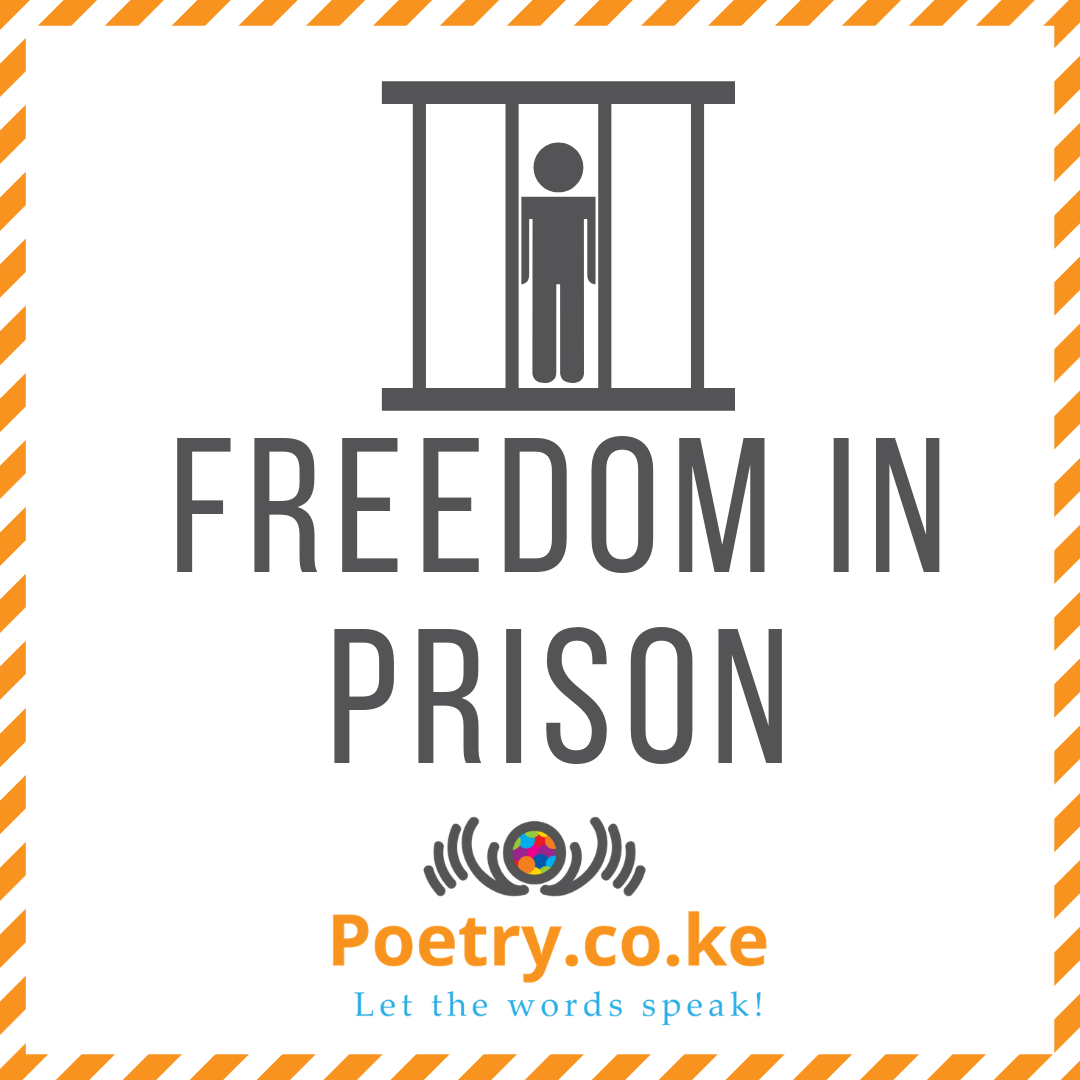 Under the four dark wall,
He expected to suffocate,
Instead he felt at peace,
For the first time in 10 years,
The scene of his wife soaking in blood,
Was still fresh in his mind,
He didn’t have any regret,
In fact he would do it again given the chance,
Nothing mattered anymore,
Life in prison couldn’t be worse than his previous life,
Death sentence wasn’t a threat either,
He had died long ago,
Killed by a woman he loved so much,

He thought of all the things he took for granted,
The orange sunset,
The blue skies,
Having ice cream on a sunny day,
Using a clean toilet,
The scent of rose flowers on his garden,
Well-cooked steak with fries,
He never had time to think about anything,
Everyday passed by so quickly,
He slept so as to wake up to another pathetic day,
Time seemed to be at a standstill,
He laid his head to sleep smiling,
At last he was free!

Looking for a place to share your poems?Publish your poem today